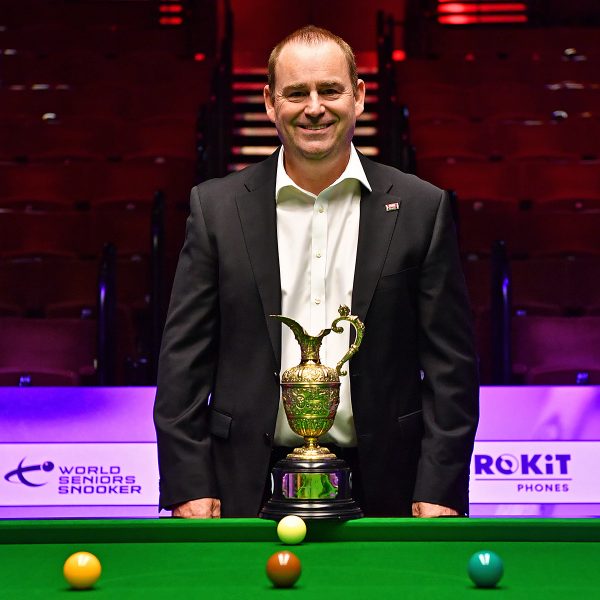 Jason Francis was appointed as Chairman of World Seniors Snooker in June 2018.

Jason hails from Cornwall and played Snooker as a child in the local leagues. At 18 he left home to attend drama school in Guildford, graduating in 1991. In 1997, he formed Premier Stage Productions which staged Children’s theatre shows all over the world, he also directed major pantomimes  for many years as well as performing in a double act.

In 2009, Jason went back to cue sports and created Snooker Legends, staging the last ever playing performance of Alex Higgins in the Crucible. Between 2010 and 2018, the Legends Tour was responsible for bringing many more of the sports legends back to the baize, including Ray Reardon and Kirk Stevens. The company also took on the management of all snooker exhibitions for Ronnie O’Sullivan and the player management of Reanne Evans.

In 2014, Jason teamed up with Barry Hearn to stage a testimonial for Jimmy White at the Grosvenor in London, this included a gig with Ronnie Wood and other members of the Rolling Stones.

In 2018, Jason formed World Seniors Snooker with the WPBSA and began a project to provide a tour which would provide earning opportunities for former and retiring professionals, their World Championship is held each year in the Crucible. It also gives an amateur player over 40 the chance to walk out at the ‘theatre of dreams’.

Away from the table Jason has written two books, owns the Crucible Sports and Social Club Chain and has also created the World Seniors Darts Tour.