Lee Walker and Philip Williams flew the flag for Wales as they both advanced to the last 16 of the 2022 Ways Management World Seniors Snooker Championship during the event’s opening session at the Crucible Theatre on Wednesday night.

After the previous two editions of the championship were held behind closed doors, fans were welcomed back for the most prestigious outing on the World Seniors Snooker Tour. 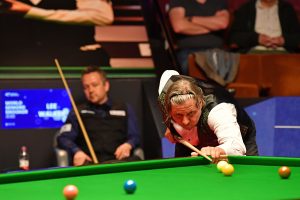 Walker claimed the opening frame on the pink, before runs of 66 in both frames two and three saw him set up a date with Stephen Hendry on Friday afternoon.

Williams also recorded his first victory at the venue stages of this championship as he eliminated Canada’s Bob Chaperon, 3-1.

The Welshman established a 2-0 lead, although the 1990 British Open champion kept his hopes alive when taking the third frame on the final black.

However, Williams – aided by an effort of 40 – eventually got across the line to book a meeting with defending champion David Lilley, the man who knocked him out of last year’s edition and at the UK Seniors Championship in January. 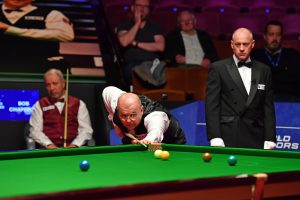