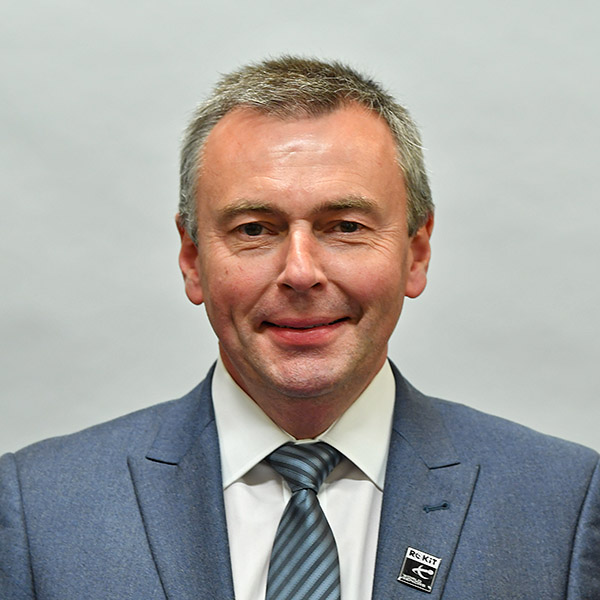 Jason Ferguson was appointed as a director of World Seniors Snooker in June 2018. He is also the WPBSA Chairman having been elected to the board in May 2010 and also chairs the WPBSA Audit and Finance Committee. Jason is an ex-professional snooker player once ranked in the world’s top 32.

Following Jason’s retirement from the sport in 2004 he focused his attention on his business interests which included property development and town regeneration as well as serving a term as the Mayor of his home town in Newark and Sherwood.

This is not Jason’s first stint on the board of the WPBSA as he was first elected to the board as a player representative in 1998. During this first term Jason became the director for International Relations and established a number of activities to develop the sport overseas which included delivering snooker to The World Games in Japan in 2001. He also opened the first full time snooker development academy in Thailand, which served as a hub bringing many Asian countries to the sport including China. Jason later retired from this role in 2002 after serving a short term as WPBSA Chairman but was asked to return in 2010.

Jason has, in his current stint as WPBSA Chairman, presided over one of the most significant and radical changes to the way that the sport is governed when a controlling stake (51%) of World Snooker Limited (the previously wholly owned subsidiary of the WPBSA which is responsible for the commercial exploitation) was divested to Matchroom Sport Limited, a company owned by Barry Hearn, with the associated retaining a 26% share in this entity.

This radical change to the Association was presented at the AGM in December 2009 and completed in June 2010 having been endorsed by the membership. Jason’s role in this deal was to ensure that the interests of the sport and its members were maximised whilst at the same time ensuring that the Association retained a significant voice in the future direction of the sport.

Since 2010 this structure has produced significant growth in the sport, taking event numbers, television exposure and prize money to unprecedented levels. It is testament to the memberships overall satisfaction with the role that Jason has fulfilled that when Jason most recently retired by rotation in December 2018, he was re-elected to the board with 100% of the vote.

Jason is also the president of the World Snooker Federation following his appointment in 2017, a key organisation based in Lausanne, Switzerland, which brings together professional and amateur snooker.